A brief description of the color types for Emerald used at AGL Thai Laboratory Gemology.

Emerald is a gemstone and a variety of the mineral beryl (Be3Al2(SiO3)6) colored green by trace amounts of chromium and sometimes vanadium. Beryl has a hardness of 7.5–8 on the Mohs scale. Most emeralds are highly included, so their toughness (resistance to breakage) is classified as generally poor.

In gemology, color is divided into three components: hue, saturation and tone. Emeralds occur in hues ranging from yellow-green to blue-green, with the primary hue necessarily being green. Yellow and blue are the normal secondary hues found in emeralds. Only gems that are medium to dark in tone are considered emerald; light-toned gems are known instead by the species name green beryl. The finest emerald are approximately 75% tone on a scale where 0% tone would be colorless and 100% would be opaque black. In addition, a fine stone should be well saturated; the hue of an emerald should be bright (vivid). Gray is the normal saturation modifier or mask found in emerald; a grayish-green hue is a dull green hue. 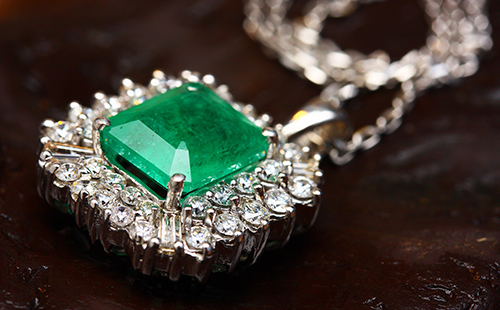 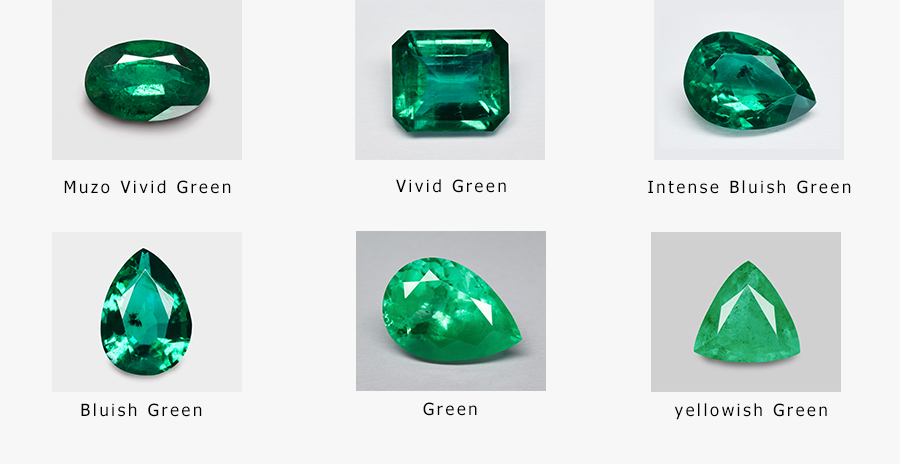