Opal is a hydrated amorphous form of silica (SiO2·nH2O);  its water content may range from 3 to 21% by weight, but is usually between 6 and 10%. Because of its amorphous character, it is classed as a mineraloid, unlike crystalline forms of silica, which are classed as minerals.

Opal may be transparent, translucent or opaque, it does or does not, usually show any play of color and the background color may be white, black or nearly any color of the visual spectrum. Black opal is considered to be the rarest, whereas white, gray and green are the most common. In addition, opal may exhibit adularescence, a form of iridescence. • Fire opal is a transparent to translucent opal, with warm body colors of yellow to orange to red. these opals are commonly called Mexican fire opals. It comes in brilliant sun burnt orange to red colors. 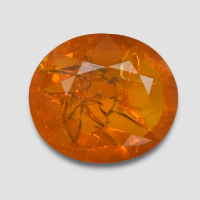 • Hyalite opal that exhibits a bluish glow or sheen that follows the light source around. It is not a play of color as seen in precious opal, but rather an effect from microscopic inclusions. The two most notable locations of this type of opal are Oregon and Mexico. • Cacholong is a milky white color with a Mohs hardness of about 6, it is used for carving, cameos, etc. Found in Austria, Czech Republic, Mongolia and Uzbekistan, its name possibly comes from a river in Uzbekistan. 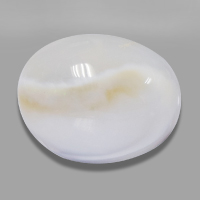 • Black Opal It is characterized as Opal that has a dark body color. Black Opal does not mean that the Opal is dark or dull. 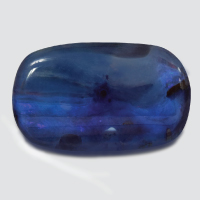 • Dark Opal. Opal that has a dark base but that is not dark enough to be called Black Opal. 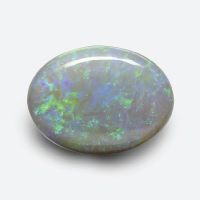 • Light/White Opal. "Light opal" and "white opal" are terms used for opal material that has a white, yellow or cream body color. 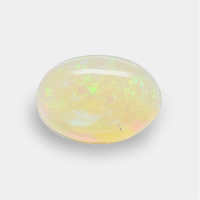 • Boulder Opal. Is Opal that has formed along with another rock called ironstone. Most of this type of Opal comes from the Opal fields in Queensland where there is a huge belt that spreads thousands of kilometers where this type of Opal is produced. 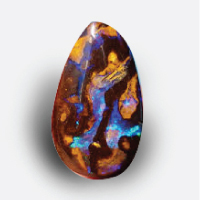 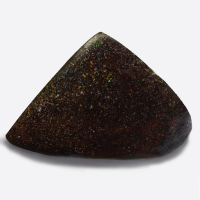 • Yowah Nuts - These are only found in Yowah, Queensland. They are nodules of Opal that when cracked open can contain a pocket of solid precious Opal. Most of the nuts that are mined do not contain anything but every now and then a spectacular Yowah Nut is unearthed. 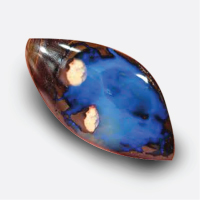 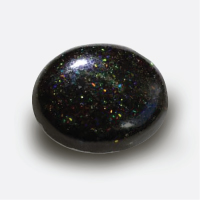 • Mintabie Opal - Famous for creating milky white and sometimes Black Opal. It is located in South Australia and has produced some of the largest, most beautiful Opals in the past. 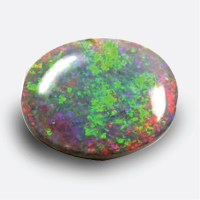 • Opal Fossils It is rare to find pieces that are opalised but many collectors enjoy these unique specimens. In Australia 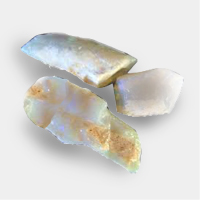 • Pink Opal A non-phenomenal variety of opal. It is translucent to opaque and comes in a color range from pale pink to a deep shade. 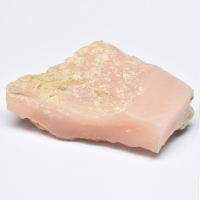 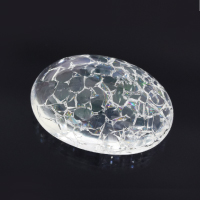 • Geyserite Opal Geyserite is a form of opaline silica that is often found around hot springs and geysers. It is sometimes referred to as sinter. Botryoidalgeyserite is known as fiorite. 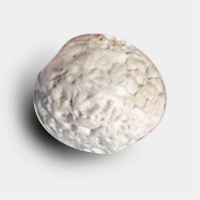 • Wood Opal This refers to Opal that was once timber or vegetation and was opalized over millions of years. It can be referred as Boulder Opal. 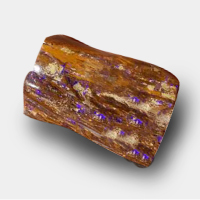 • Diatomite Opal The diatoms, which are pelagic phyto-plankton, are composed of amorphous colloidal silica, in the so-called Opal A phase of silica mineralogy. The diatoms sink to the bottom of the ocean or lake to form an ooze that gradually becomes lithified as the water is squeezed out. At about 125ºF, due to increasing depth of burial, the Opal A becomes unstable and changes diagenetically into Opal CT. (Opal CT is sometimes called 'porcelanite' because it has a porcelain-like texture.) 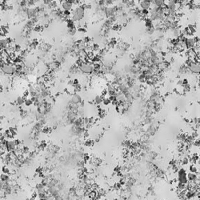 • Dentretic Opal Is known as Moss Opal or Tree Agate. 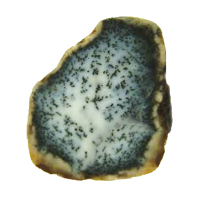 Green Opal is similar to Jade and is also known as Prase Opal. 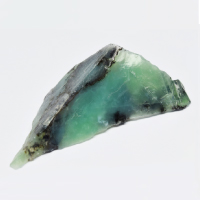 Owyhee Blue Opal is a Common Opal discovered near the sacred Indian springs of Owyhee, Oregon in 2003, It is translucent to opaque and comes in a color range from pale blue to a deep shade. Often translucent when first removed from the ground, but can gradually turn opaque when exposed to the air and dehydration begins. 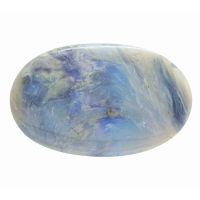